Lyuesword's Blog
We can customize your unique swords.
By lyuesword | 14 September 2020 | 0 Comments 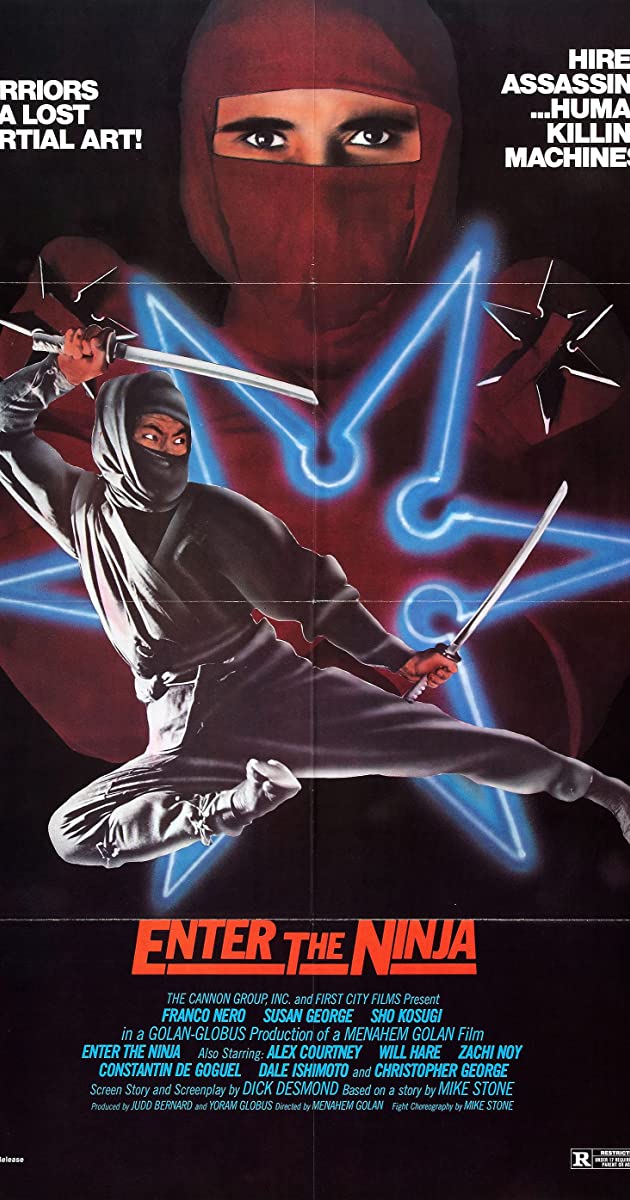 Cole, a veteran of the Angolan Bush War, completes his ninjutsu training in Japan. Cole goes to visit his war buddy Frank Landers and his newlywed wife Mary Ann Landers, who are the owners of a large piece of farming land in the Philippines. Cole soon finds that the Landers are being repeatedly harassed by Charles Venarius, the wealthy CEO of Venarius Industries, in order to get them to sell their property because, unbeknownst to them, a large oil deposit is located beneath their land. Cole thwarts the local henchmen Venarius has hired to bully and coerce the Landers.

Cole and Frank infiltrate Venarius' base, and defeat a number of his henchmen. In the aftermath, Frank gets drunk and confesses to Cole that he is impotent. Mary Ann comes to Cole that night and they have an affair. Venarius, learning that Cole is a ninja, hires a ninja of his own to eliminate Frank and Cole - Hasegawa, who is a rival of Cole from their old training days.

Hasegawa strikes the Landers' estate at night, killing Frank in front of Mary Anne, then abducting her to Venarius' martial arts arena. Cole enters, and picks off the henchmen one by one before ultimately killing Venarius. Hasegawa releases Mary Ann, and the two ninja engage in a final battle. Cole defeats Hasegawa, who begs to be allowed to die with honor, and Cole beheads him.

Revenge of the Ninja 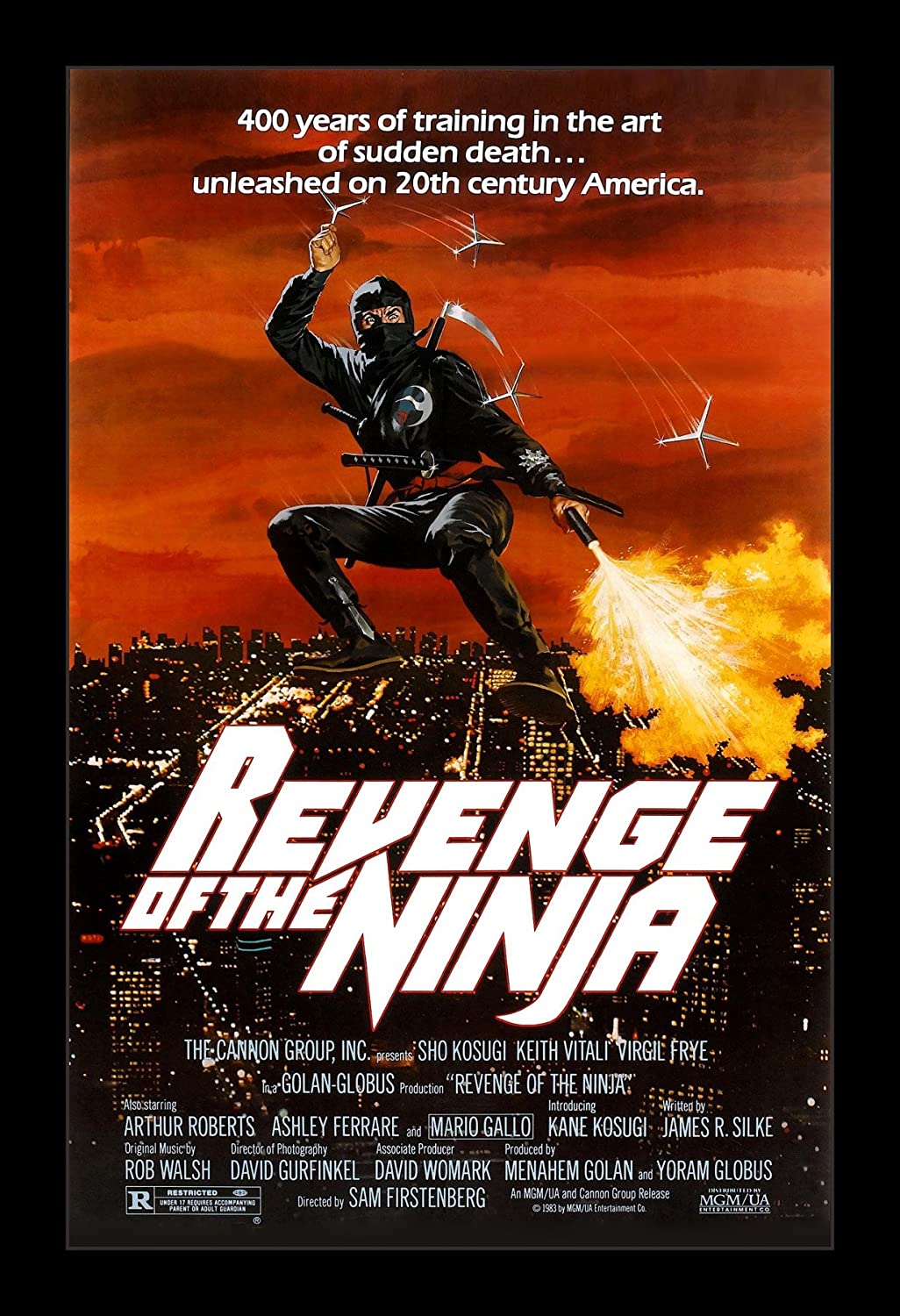 In Japan, the home of Cho Osaki is attacked by an army of a rival ninja clan, resulting in the slaughter of his entire family except for his mother and his younger son, Kane. When Cho arrives at his estate and discovers the carnage, the ninjas attempt to kill him as well, but Cho, a highly skilled ninja himself, avenges his family and kills the attacking ninjas. Afterwards, however, he swears off being a ninja forever and moves with his son and mother to America, where he opens an Oriental art gallery with the help of his American business partner and friend, Braden, and his assistant Cathy.

One night, Kane accidentally drops and breaks open one of the dolls, exposing a white dust (heroin) contained therein. As it turns out, Braden uses the doll gallery as a front for his drug-smuggling business. He tries to strike a deal with Caifano, a mob boss, but Caifano and Braden cannot find common ground and eventually engage in a turf war. Braden, as a silver "demon"-masked ninja, assassinates Caifano's informers and relatives to make him cower down. Officer Dave persuades his friend Cho to see his boss, and Cho attests that only a ninja could commit these crimes, but refuses to aid the him any further.

In order to avoid payment for his 'merchandise', Caifano sends four men to rob the gallery. Cho happens to walk into the gallery while the thugs are loading the goods in a van, is attacked and responds with hand-to-hand combat. The henchmen escape in the van with Cho in pursuit, but he fails to stop the thieves from getting away. Meanwhile, Braden stealthily arrives at Cho's art gallery to find that it was just looted. Cho's mother and Kane both encounter him; Braden kills Cho's mother, but Kane manages to elude him. Cho, badly mangled, returns to find his mother murdered and his son missing.

In order to finish the last witness, Braden hypnotizes Cathy, who is in love with Cho, to find and bring in Kane. When she recovers her senses, she contacts Cho and informs him both of Braden's treachery and that he is a ninja. Seeing his only remaining son in mortal danger, Cho breaks his devotion to non-violence and makes his way to Caifano's headquarters to stop Braden. In the meantime, Braden finds out about Cathy's betrayal and prepares to have her executed. Kane manages to free himself and Cathy, and the two inform the authorities.

Braden makes his final assault on Caifano and his organization, killing all he encounters. Eager to help Cho, Dave also rushes to Caifano's headquarters but is ambushed by Braden, who mortally wounds him. Cho rushes to help his faithful friend, but the latter dies in his arms. Braden and Cho duel to the death on top of Caifano's skyscraper. After a long fight, Cho manages to kill Braden and is reunited with his son and Cathy.

Christie Ryder (Dickey), a telephone linewoman and aerobics instructor, is possessed by the evil spirit of a fallen ninja warrior Hanjuro when coming to his aid. The spirit uses her body to carry out his revenge on the constables who killed him. One of them is Billy Secord (Bennett), who catches Christie's eye yet cannot explain her preoccupation with Japanese culture nor help her with her sudden blackouts. Out of options, they turn to a Japanese exorcist Miyashima (Hong), who manages to summon the ninja within her. The exorcist reveals he cannot force the spirit out of Christie, but that "only a ninja can destroy a ninja". Christie and Billy are forced to seek the aid of Goro Yamada (Kosugi), a ninja hunting the assassin within her for killing his clan. The three force the ninja out in a dangerous gambit that results in the spirit repossessing his own dead body and fighting Yamada to a fight to the death, finally freeing all three of the curse of the black ninja.