Chinese Gods in Creation Myth are concerning the formation of primitive culture and society.

Those myths and legends of Chinese gods were inherited from ancestors of more than 5,000 years ago; none of them was written or created by professional authors.

Chinese gods in creation myths are mainly regarding fighting with nature or supernatural power, to survive, and to protect human’s well being.

Major characters are diligent, brave workers, sometimes with miraculous power. They became well-respected Chinese gods because of their outstanding contributions, hard work, and spirit of sacrifice. 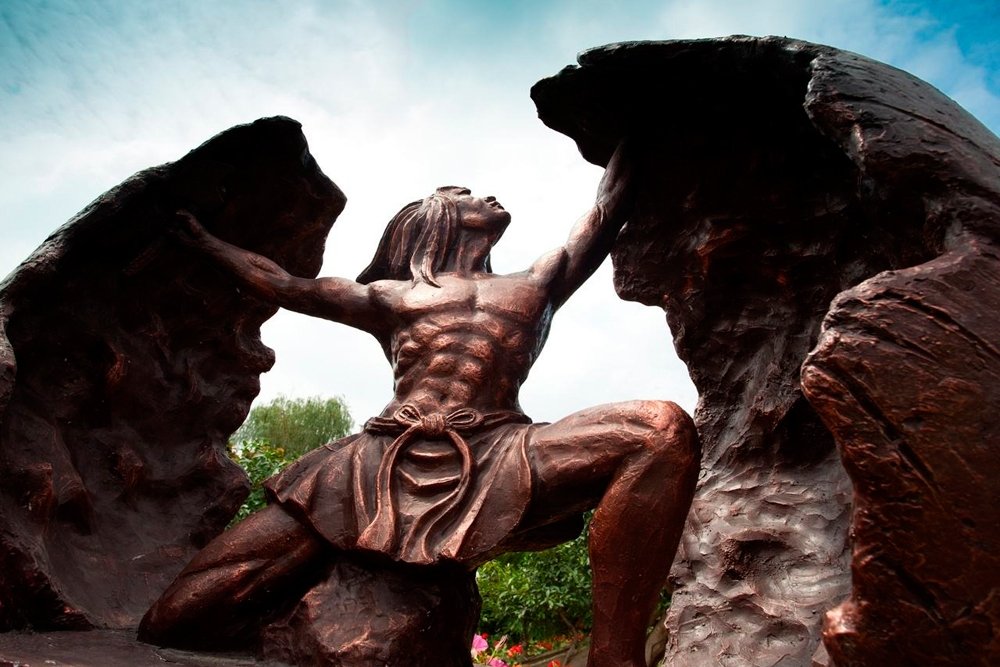 Once upon a time, the whole world was like a giant egg, all dark and blurry.

Pan Gu has been growing and nurturing inside, and 18,000 years later, he woke up.

Pan Gu felt it was quite uncomfortable staying in this dim and breathless surroundings, so he grasped an ax next to him, and broke the eggshell.

After a big explosion, the bright and clear debris rose and became the sky, while those dark and turbid ones went down and turned into the earth.

Pan Gu was quite happy about the clear and spacio us world that he created; therefore, he stood between the sky and earth, hoping they won't mix again. 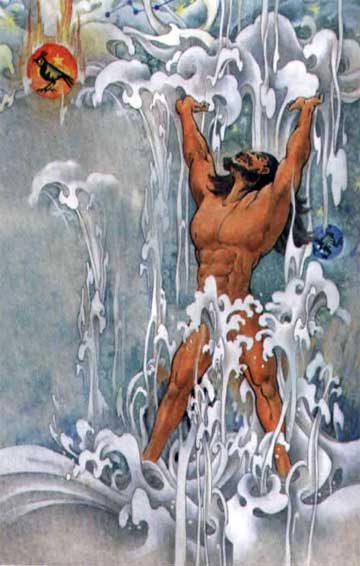 As time went by, he grew taller and taller, while the sky and earth became further apart.

His left eye transformed into the sun and his right eye turned into the moon. His breath became the wind and cloud, and his voice became the thunder. Shining stars are his hair and his beard, the Five Great Mountains in China are his head and limbs.

His blood turned into rivers, lakes, and seas, and his muscles became mud and road. Plants are his skin, rain is his sweat, and mineral treasures are his teeth and bones.

As the first human being, Pan Gu dedicated his entire life to creating a beautiful world.