The Story of the Samurai 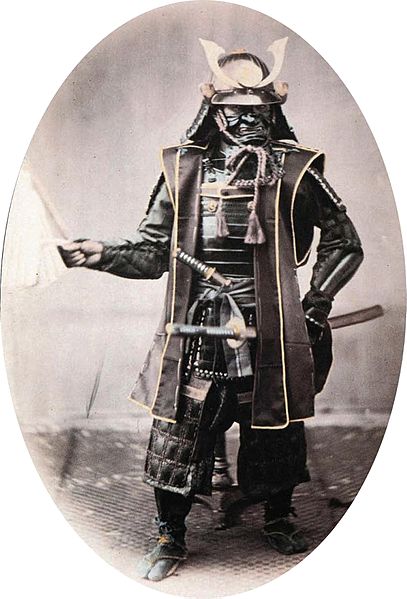 Samurai (bushi) were the warriors of Japan’s pre-industrial society. As the ruling military class, they became the highest rank in Japanese society during the Edo Period.

Samurai were skilled in the use of weapons such as the yari (Japanese spear), yumi (longbow), and most notably the katana (long sword). They lived their lives according to bushido (“the way of the warrior”) which has high Confucian origins in ethical behavior. Many of them also practiced Zen Buddhism.

The origins of the samurai can be traced to the Heian Period (794 to 1185) when warriors were needed to subdue the Emishi people, natives of the Tohoku Region. Wealthy independent landowners hired samurai warriors and built armies of their own to protect their interests. The two most influential clans of the era were the Minamoto and Taira. They challenged the Japanese central government and fought each other to gain control over the whole of Japan. Minamoto Yorimoto won the battle and established a military government in 1192. It was led by the supre-me military commander (the shogun). Thus began the samurai rule; it lasted for 700 years. The 15th and 16th centuries were a chaotic time for Japan. The country was divided into several independent warring states and warriors were in very high demand. Japan reunited in the late 1500s, establishing a strict social caste. Samurai were at the top, followed by farmers, arti-sans, and merchants. Samurai had to live in castle towns and were the only people allowed to carry and own a sword. They were paid with rice by the feudal lords. Samurai who had no masters were called ronin.

During the 250-year Edo period, Japan was peaceful, prompting the decline of martial arts skills and reducing the need for samurai warriors. Eventually samurai became artists or teachers. The feudal era ended in 1868; the samurai class was abolished soon after. Yet, although samurai are no longer essential, their lega-cy remains a great example of achieving order from chaos.