There are many moves in kendo, and one of them is the “Tsubame-gaeshi”. Not only those who have taken up sword-fighting, but anyone who knows Miyamoto Musashi would have heard of this famous move at least once.

Tsubame-gaeshi is a technique where you swing the sword in front on your opponent right toward to ground. Swinging all the way to the ground means making a feint. Your opponent thinks it’s a swing and a miss, but just at that moment you turn the blade upward and swing the sword back up from your opponents groin to his chin. It is difficult to prepare against attacks from below. As a result, this tsubame-gaeshi is a technique designed to defeat the opponent from below. This technique was called torasetsu-gatana, devised by the Nakajo School of ancient sword fighting in order to defeat opponents in real matches. It was a secret technique rarely seen. 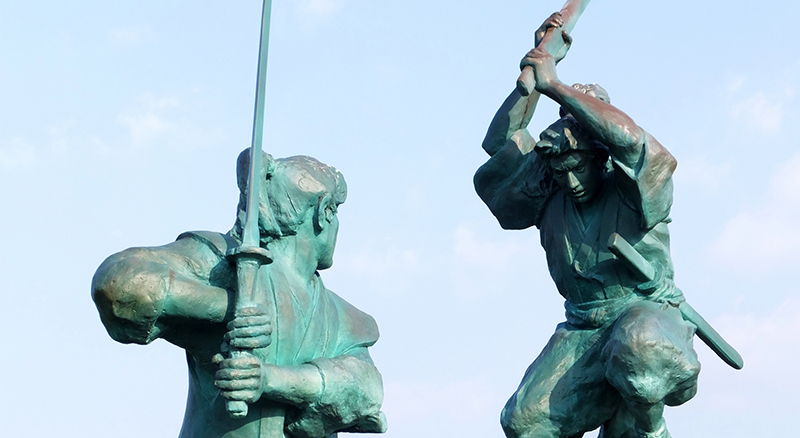 The person who showed this technique to the world was Sasaki Kojiro. Kojiro also learned from the Chujo School. It is not known whether Kojiro called it “tsubame-gaeshi” and the name is thought to be a later invention. This Chujo School was started by Chujo Nagahide, who combined the traditional techniques of his household with some of his new innovations, and started it in Kyoto during the Muromachi era. His master Nen’ami Jion trained in Kuramayama (a mountain in Kyoto), and it is thought to be related to the legendary Kyohachi School. It also produced famous schools later such as the Itto, Tomita and Toda schools.

Attacks from below can be seen in other sports too. The upper-cut in boxing is a famous example. Due to the human physique, the attack from bottom to top can cause a huge blow to the body, and even with great kinetic vision it is difficult to guard against it completely. 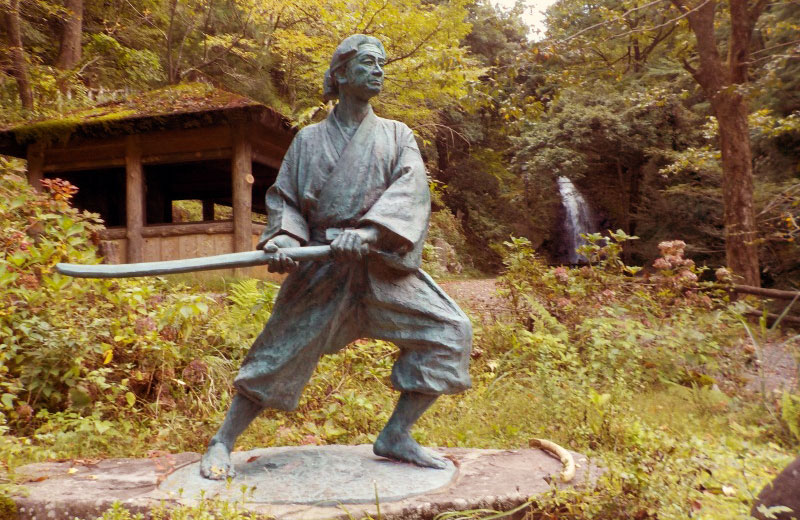 The name tsubame-gaeshi (trans. “swallow-return”) suggests that you can even cut up a swallow. We aren’t sure whether that is entirely true, but this secret technique performed by Sasaki Kojiro was no doubt a lightning move that was very difficult to detect. In sword fighting, there may be many other special moves and secret techniques that are yet to be revealed to the world.